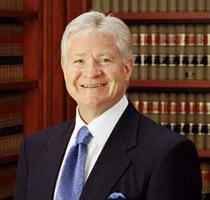 Richard Slawson has earned a reputation as one of Florida’s premier Insurance Bad Faith civil trial attorneys.  He has been assisting victims of insurance abuse and personal injury for more than 35 years.  Richard has obtained numerous multi-million dollar verdicts and settlements for his clients. The Florida Justice Association (FJA) has recognized Richard with all of its highest honors: The Perry Nichols Award (2009); The Al J. Cone Lifetime Achievement Award (2008); The B.J. Masterson Award for Professionalism (1998); and, The Presidential Appreciation Award for Outstanding Achievements in the Pursuit of Justice (1996). In 1990, he was presented with the Eagle Hall of Fame Award for a lifetime of leadership and financial giving to protect the rights of Florida families.  Other FJA awards include the Silver Eagle Award and the Eagle Hall of Fame Leadership Award.  The Palm Beach County Crime Prevention Officers Association has presented him with its Appreciation Award for Dedicated Services.

Richard has been profiled in The Best Lawyers in America for personal injury litigation for more than 10 years.  He has achieved an AV rating from Martindale-Hubbell, the highest rating available from the nation’s oldest guide to the legal profession, for his legal ability and ethical standards.  He is also a member of the Million Dollar Advocates Forum.  Richard has earned Florida Bar Certification, the highest level of recognition by the Florida Bar for competency and experience as a civil trial lawyer.  Richard has also earned his accreditation for Civil Trial Advo-cacy for the twentieth year in a row by the National Board of Trial Advocates (NBTA).

Richard has served as President of the Florida Justice Association, a statewide organization of attorneys who fight to protect peoples’ rights and access to our civil justice system.  He is one of only 500 current lawyers in America who are members of the International Academy of Trial Lawyers.  He is also a member of the International Society of Barristers and was appointed by the Governor of Florida to serve on the Judicial Nominations Commission of the Fifteenth Judicial Circuit (1987 to 1991). A recognized expert on insurance law.  Richard has lectured for more than 25 years on personal injury trial practice and insurance company bad faith litigation at continuing legal education seminars for attorneys.  During this same time period, Richard has spent thousands of hours in Tallahassee during the legislative sessions helping to protect and strengthen our civil justice system and the rights and safety of Florida families.