A report by a Hillsborough juvenile justice advisory board calls for a new law so judges can order treatment for foster teens who refuse placements. 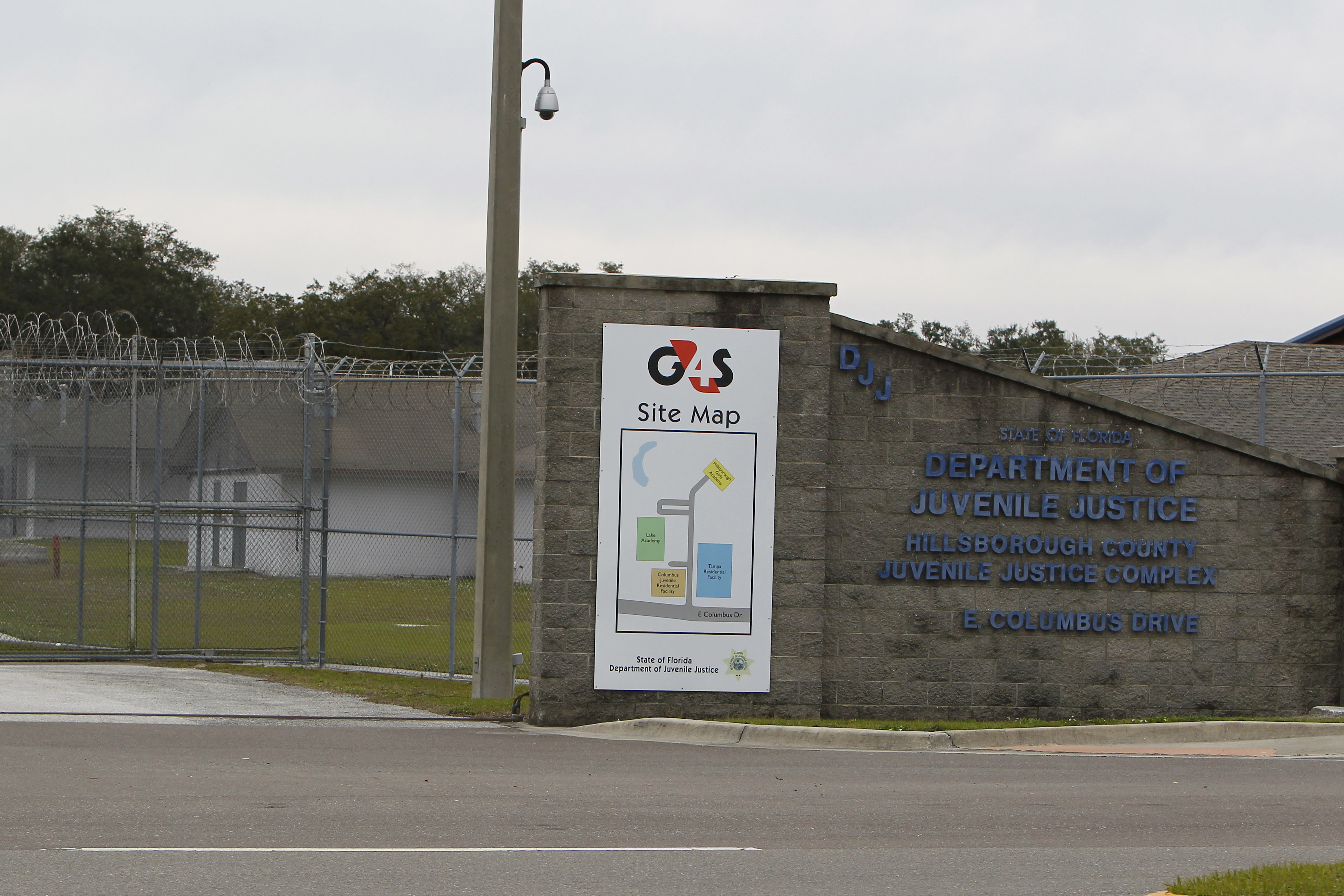 A plan by a Hillsborough County Juvenile Justice Advisory board would allow problem foster children to be housed in this secure facility on East Columbus Drive. [LUIS SANTANA | TIMES | Tampa Bay Times]

TAMPA — The Hillsborough boy was bounced between more than 20 group and foster homes in less than three years before he finally said “no” to another placement.

Translation: We can’t handle this child.

More than anywhere else in Florida, Hillsborough County has struggled with older foster children refusing placements, according to Florida Department of Children and Families data. Many of those children, mostly teenagers, become “night-to-night” placements, a small group of roughly 20 kids that often end up sleeping in offices. The problem led to the state warning foster agency Eckerd Connects that it could lose its $83 million annual contract.

Now leaders of the agency are pushing a controversial recommendation from the Hillsborough Juvenile Justice Advisory Board for a new law allowing children to be forced into placements — including a secure facility at a Tampa juvenile justice campus — for up to 90 days through a court order. The court could extend the stay for an additional 90 days, if a judge says it’s needed.

The plan has outraged child welfare groups who say the state would essentially be locking up children and causing them more emotional harm. Placing children in a “secure” institution also runs counter to foster care best practices that maintain children fare better in a home with a family.

“You don’t gain their trust by locking them up,” said Christina Spudeas, executive director of Florida’s Children First, a statewide advocacy organization focused on children’s rights. “They need a home, they need a place to live that is not going to throw them out.”

A secure facility would only be used as a last resort, said Chris Card, chief of community care for Eckerd Connects. State law already allows parents to petition for court-ordered placements for children they can no longer control. But children in foster care are expressly exempted from that law, meaning there is no way to force foster placements through the courts, he said.

The secure unit would be an unused building at the Juvenile Justice campus on East Columbus Drive that was previously used as a “consequence unit” for children in custody. The campus has high fences topped by barbed wire. The plan also calls for a non-secure facility with up to 15 beds.

Children would receive intensive therapy and other services to try and stabilize them. Staffers would be trained to deal with severely traumatized children as well as de-escalation and physical intervention techniques. The estimated cost is about $3 million per year.

“Any time the child can bring themselves to cooperate with the services needed then the process stops, it won’t ever get to a secure facility,” Card said. “These kids have significant delinquency behavior. It’s not like we haven’t tried everything we can think of two or three times.”

The recommendation is aimed at foster children who have also been in the juvenile justice system. Over 70 percent of children in one juvenile justice residential program had experienced some contact with the foster care system, although that likely also includes cases where parents were under supervision of case managers but their children were not removed.

Children who end up as night-to-night placements end up with poor diets and inadequate sleep, the board found. Then they start failing at school, beginning a downward spiral that results in resentment, distrust and anger. The board said the children have been let down repeatedly.

“They do whatever they want to do; they smoke drugs, they commit petty crimes; they fight with our staff,” he said at a recent meeting of child welfare stakeholders. “They break up the building and we just have to stand up and watch them.”

Opponents of putting foster children in a “secure” placement say that behavior is a symptom of the trauma children feel at being removed from their parents and home and then bounced between foster and group homes. Part of the blame, Spudeas said, lies with a foster care system that failed to find them the right placement and therapy for that trauma.

The 39 Florida children who refused placements over the past two years had an average of 36 placements before they first said “no” to child welfare workers, records show. They had been in foster care for an average of almost three years.

Foster care agencies set a target of a year to either reunify children with their parents or to find a permanent alternative, such as relatives or adoptive parents.

“We’ve tortured them, in some cases for years, by placing them over and over and letting caregivers throw them out,” Spudeas said.

The proposal has been sent to the secretaries of the Department of Children and Families and the Department of Juvenile Justice. If it gains their support, it likely would be followed with legislation next year.

The use of secure facilities for foster children is already done in Alabama, Connecticut, Illinois, New Jersey and Oklahoma, according to research by the Florida Attorney General’s Office.

But child welfare officials in two of those states disputed that interpretation when contacted by the Tampa Bay Times.

In Connecticut, the law allows the use of secure facilities for children who need mental health treatment and are a risk to themselves or others and only if approved by a psychiatrist.

The Alabama law that the Attorney General’s Office cited was passed in 2017 and only deals with religious boarding schools.

“They completely misunderstood the law they cited,” said Barry Spear, public information manager for the Alabama Department of Human Resources.

In Oklahoma, foster children can be admitted to behavioral health inpatient treatment if approved by a court. About 80 children are currently receiving psychiatric treatment. That’s out of the state’s almost 8,000 children in care.

Placing children in a facility rather than a home also seems counter to the Family First Prevention Services Act. The 2018 federal bill puts a two-week limit on federal subsidies for stays in expensive group homes as an incentive to place children with foster families. It has exemptions only for group homes that accommodate children with special needs. It’s unclear if a facility for night-to-night placement children would meet that criteria.

The law prioritizes keeping children out of foster care by making more money available for in-home counseling and parenting classes for families at risk of having children removed.

Once children reach the age of about 14, they should get more say in where they stay and what treatment they need, said John Sciamanna, vice president of public policy with the Child Welfare League of America, a Washington D.C. non-profit that advances foster care policies and best practices.

“Obviously there’s a real problem with youth being in offices overnight because you don’t have the appropriate placements,” Sciamanna said. “Locking them up in placements because they’ve been in multiple placements is really, really backwards.”

The report includes interviews with night-to-night placement children. They complained about long delays in getting visits with their parents and that they would go to school not knowing what home they would be returning to that night.

Instead of putting children in a locked facility, Eckerd Connects needs to do a better job of finding children a long-term home when they first come into care, said Robin Rosenberg, deputy director of Florida’s Children First. Foster parents who take in deeply troubled children need more support and training to deal with those children.

“Kids will tell you this, find the appropriate place for them at the beginning of their stay in care,” Rosenberg said. “Give them a say in where they’re going to live and support that caregiver.”