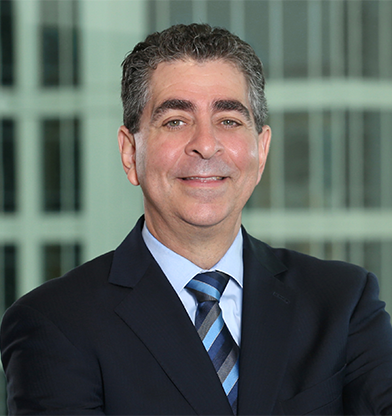 Michael J. Higer is a Partner of Berger Singerman’s Dispute Resolution Team and is an experienced litigator and trial lawyer who has devoted his practice to commercial litigation and civil trial work involving a wide variety of matters. Michael is the Immediate Past President of The Florida Bar. He is A/V rated by Martindale Hubbell®, the highest available rating. The Best Lawyers in America®, Florida Trend magazine’s Florida Legal Elite™ and Florida Super Lawyers have all repeatedly recognized him in his practice areas. The South Florida Business Journal featured Michael in its Book of Law. He is widely regarded as one of the architects of the business courts established in Florida. The Florida Bar, Business Law Section recognized him as its Outstanding Member in 2005, and he is a former Chair of that Section.

While representing clients with diverse needs in a wide variety of matters, Michael’s practice has principally focused on debtor/creditor, intellectual property and insurance matters. He has represented both debtors and creditors in litigation involving multimillions of dollars in loans and has represented both some of the largest local and national lending institutions and prominent real estate developers. He has represented his lender and debtor clients in foreclosures of commercial property, workouts, and reorganizations involving well in excess of $300 million. Michael has also represented clients in intellectual property litigation involving patents, trademarks, copyright, computer software, covenants not to compete, unfair competition and related matters. In doing so, he has successfully represented high profile clients involving delicate matters with national interest as well as representing small business owners whose exposure threatened their economic existence. Michael has also extensively represented insureds in first party insurance disputes. Michael has represented his clients in these matters both in the state and federal trial courts, the state and federal appellate courts, the Supreme Court of Florida and the Supreme Court of the United States.

Born in Miami Beach, Florida, Michael earned a Bachelor of Arts degree in 1982 from the University of Florida and his Juris Doctorate degree with honors in 1985 from the University of Miami
School of Law where he served as the Executive Editor of the Law Review. Immediately following graduation, he went to work as a commercial litigator with the law firm of Fine Jacobson Schwartz Nash Block & England, P.A. Shortly thereafter, he joined the law firm of Coll Davidson Carter Smith Salter & Barkett, P.A. where he became the first lawyer to be named a shareholder by the founding shareholders, and in 2006 formed Higer Lichter & Givner, LLP.