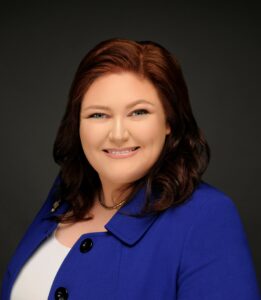 Laura Reich is a commercial litigator and a founding partner of Reich Rodriguez, P.A.  With a practice focusing on complex, commercial disputes and arbitration, Laura represents clients in state and federal courts, as well as before arbitration panels, at both the trial and appellate court levels.  Laura is also a neutral (i.e., an arbitrator) on the American Arbitration Associations’ roster of neutrals for commercial and consumer disputes.  She was recognized as an “Up and Coming” attorney in Chambers USA 2017, Florida, Litigation: General Commercial.  Her firm additionally specializes in the resolution of art law disputes.

Laura has been involved with the work of FCF since 2005.  She was introduced to FCF by her law school mentor, Gloria W. Fletcher, who also served as FCF Vice President before passing away in 2015.  Laura is proud to continue Gloria’s work with FCF and on behalf of children in need.  Laura has supported a number of FCF advocacy, fundraising, and litigation initiatives and is excited to see the role that FCF has taken in training stakeholders in the juvenile dependency system.  Laura is passionate about pro bono work, particularly on behalf of dependent and disabled children in care, and hopes to encourage all Florida attorneys to take part.