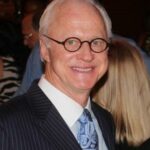 Named one of “The 50 Most Powerful People” by Orlando Magazine (2005 and 2004), the 2003 “Central Floridian of the Year” (The Orlando Sentinel) and the 2002 “Businessman of the Year” (Orlando Business Journal, November 2002), Dick Batchelor is a longtime Orlando resident who received degrees from the University of Central Florida and Valencia Community College. Batchelor served in the Florida House of Representatives (1974-1982) and was chairman of the Auditing Committee, Health and Rehabilitative Services Committee and House Energy Committee, as well as chairman of four subcommittees. He is the recipient of more than 50 awards for legislative service.

A concerned and caring neighbor, Batchelor continued his commitment to his community when he left the Florida Legislature in 1982. He currently serves on the boards of directors of the Central Florida Chapter of the National Conference for Community & Justice (NCCJ), Seeds of Peace, Florida Children’s Hospital Foundation, Florida Hospital Foundation, Harbor House, United Negro College Fund and Investment Trust Company. Since 1981 he has served as honorary chairman of the “Dick Batchelor Run for the Children,” an annual 5-K run that raises funds to treat abused children. Batchelor’s passion as an advocate for children, education and the environment as well as his knowledge of international affairs has garnered recognition by The White House in addition to the public and private sectors:

• 1975: As part of the United States Information Agency Program, Batchelor represented the U.S. in Poland and Romania
• 1980: As part of the United States Information Agency Program, Batchelor represented the U.S. in El Salvador, Honduras and Guatemala
• 1994: Batchelor received a Presidential Appointment to serve as member of the “Presidential Delegation to Observe the Elections in South Africa,” meeting with President-Elect Mandela.
• 1995: Batchelor was appointed as a delegate to the White House Conference on Travel and Tourism which examined issues that will impact the future of travel and tourism in America.
• 1997: Served as U.S. representative at the UNESCO (United Nations Educational, Scientific and Cultural Organization) General Conference in Paris.
• 1991: Appointed by the late Governor Lawton Chiles to chair the Florida Environmental Regulation Commission (ERC), of which he served as Chairman from 1991-1997. The ERC exercises the exclusive standard-setting authority of the state’s Department of Environmental Protection.
• 2000: By Presidential appointment, Batchelor served as U.S. delegate at United Nations Human Rights Commission (UNHRC) in Geneva, Switzerland (attended UNHRC again in April 2003).
• 2001: Batchelor was elected as a board co-chairman of the Children’s Environmental Health Network (CEHN), a national, multi-disciplinary organization, whose mission is to protect babies and children from environmental health hazards and promote a healthy environment. He continues to serve in that capacity.
• 2001: Batchelor was asked to serve as escort to a delegation on a U.S. mission to Viet Nam, joining a bipartisan delegation of seven elected and appointed leaders from around the country.
• 2002: Batchelor served as a delegate to United Nations Special Session on Children (UNICEF)
• 2002: Batchelor chaired the “Change 4 Kids,” campaign that successfully garnered support of a half-cent sales tax increase in Orange County (Florida) to generate funding for school construction and renovation. The ballot initiative passed on September 10, 2002 with almost a 60% favorable vote – the first time a tax initiative passed in Orange County after 6 previous unsuccessful attempts. This is one of the largest tax referendums for schools in the country at $2.7 billion.
• 2003: Awarded credentials by United Nations Association to observe the 59th Session of United Nations Human Rights commission in Geneva, Switzerland.
• 2004-2005: Appointed by City of Orlando Mayor Buddy Dyer, Orange County Mayor Rich Crotty and the Orange County School Board Member of Orange County Blue Ribbon Panel on Education. The Panel is working toward specific recommendations with the goal of improved student performance in Orange County’s public schools.
• 2004-2005: Co-Chairman, Orange County Domestic Violence/Child Abuse Commission. Commission to review and structure court process to improve responsiveness and outcomes to families experiencing domestic violence and child abuse and to ensure that the principles of safety, well-being, and stability for these families are promoted throughout all court processes, to include the criminal, juvenile and civil courts.
• 2005: Through ACYPL, attended 3 rd Annual Kennedy School of Government Leadership Seminar at JFK School of Government, Harvard University.