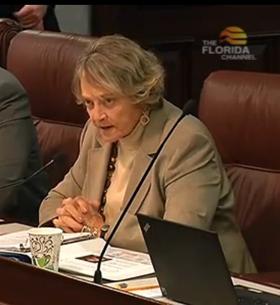 A bill that would help identify guardians and guardian advocates for children with developmental disabilities aging out of foster care passed its first committees this week.

Gerry Glynn is the Chief Legal Officer for Community Based Care of North Florida. But, before that, he worked as a law professor and child advocate in 2009. In that role, Glynn says he chaired a committee reviewing the tragic death of a young man by the name of Regis Little.

“At 18, he left foster care after many years from foster care, he did not have a guardian. He was not able to make decisions because he had an intellectual disability,” said Glynn, during a House panel hearing earlier this week. “DCF and, at that time, Families Services of Metro Orlando, offered him services, and he said no. APD—Agency for Persons with Disabilities—offered him services; he said no. If he had had a guardian, who could have helped him make better decisions, the tragedy would not have occurred, which occurred when he was 18 and 11 months. Regis was found stabbed to death in a parking lot in Orlando.”

Glynn says Regis would have been helped by a bill that just started moving in the Florida Legislature. It’s aimed at providing assistance to those aging out of foster care. And, Senate sponsor, Sen. Nancy Detert (R-Venice), says that’s her goal.

“Within Florida’s foster care system, a high number of children have mental health diagnosis or disabilities,” said Detert, during a Thursday hearing. “A small percentage may lack capacity to make some or all decisions, concerning their own lives to the extent that some sort of guardianship may be needed upon reaching adulthood. So, as these kids age out of our system, they may need some assistance after the age of 18.”

So, Detert’s bill, which passed the Senate Children, Families, and Elder Affairs unanimously Thursday, creates a system to help these kids.

“So, the strike-all provides a mechanism for identifying guardians and guardian advocates and authorizes probate court to exercise jurisdiction for 17-year-old dependent children, so that children who need a guardian or guardian advocate will have it in place before they turn 18, and leave the foster care system,” added Detert.