At DCF, an untold epidemic of abuse, neglect and death 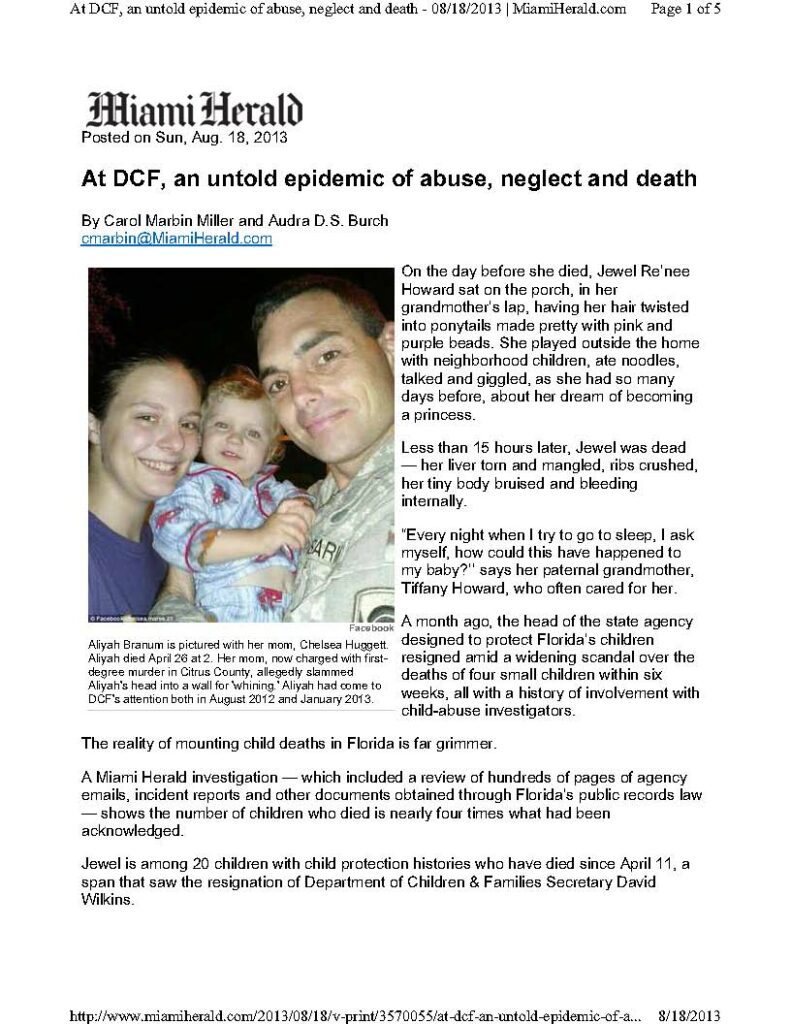 On the day before she died, Jewel Re”nee Howard sat on the porch, in her grandmother”s lap, having her hair twisted into ponytails made pretty with pink and purple beads. She played outside the home with neighborhood children, ate noodles, talked and giggled, as she had so many days before, about her dream of becoming a princess.